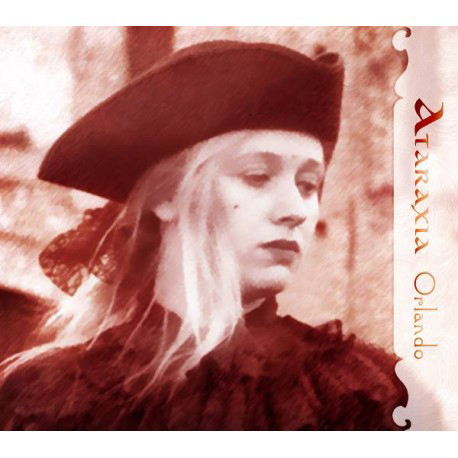 «Orlando» was released as a limited edition in 1998 and it was shortly sold-out as a well-acclamimed album. In 2016, ATARAXIA and TWLIGHT RECORDS introduce you to a digitally mastered new edition of this opus inspired by the well-known character of Virginia Woolf’s novel.

Orlando passes through several different historical ages, from Queen Elisabeth age to the xxth century acquiring the appearance of a young man, a maiden, and a woman. The dualism of the character is well exemplified in two tracks entitled with his/her name. The first one, «Orlando (… a female)», is a march with strong neoclassical influences, which leads to the more intimate atmosphere of the second track, «Orlando (… a male)», an aria built on complex guitar arpeggios. This album features also the peculiar, nocturnal and echoing ambiences of «Bonthrop», the overture, which is gloomy, liquid and rarefied. “Shelmerdine” is a sensual ballad full og magic.

The visionary charge of this album is emphasised in the closing track, «Elfine», in which the singing becomes a crazy instrument able to create dissonances having a very impressive emotional impact.