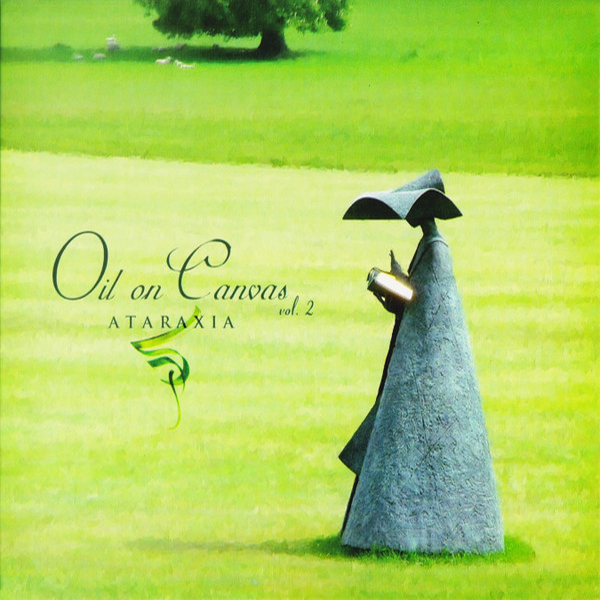 This is the " OIL ON CANVAS VOLUME II " with 5 unreleased tracks. The compilation include instead of a conver version for piano of Lucretia that will be included in Il Fantasma dell'Opera in the near future , Ataraxia thought to include a completely exclusive new song called SUBLIMATIO, + a few of the tracks already compiled on the original Oil on Canvas, + several new songs never compiled before especially belonging to the last productions of the band (Kremasta Nera, Llyr, Spasms, Wind at Mount Elo), so it will be a sort of going on of the previous compilation with a brand new vein.... the lay-out will be a slight variation of the first Oil On Canvas beuatiful pictures of Mick Mercer. The cd comes in a beautifull gloosy digipack, limited to 500 copies.

01-Sublimatio (exclusive)
02-Of Asphodel (from Saphir)
03-The bay is white in silent light (from Vittorio Vandelli's solo album)
04-Donc, je dois etre morte (from Spasms)
05-Lunar Oceans (only in a previous compilation
06-Rashan (exclusive for Oil On Canvas I)
07-Evnyssien (from Llyr)
08-Temenos (exclusive for Oil On Canvas I)
09-La Fame e la Danza (from Kremasta Nera)
10-Lost Cosmonaut (from Wind at Mount Elo)
11-May she become (only in a previous chinese compilation)
12-Whisper o'er the sea (from Vittorio Vandelli's solo album)