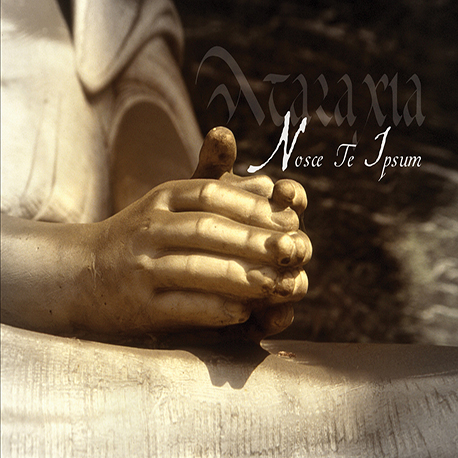 Nosce Te Ipsum , a new steep into the ancient times of this very important medieval band from Italy !!! The status of Ataraxia is one of the most importants worldwive, with lot of exellent albums. Now they return with an amazing re - release with another title of an long delete album. (This is not a new album, is a re - release)

...the states of mind and heart collected in the pages of a voluminous book, "Prophetia". Is destiny driven by accident or by Fortune ? A Kafkian succession of questions without answer in a re-created inquisitorial trial of our times, the slow march of a humanity who tries desperately and unsuccesfully to know itself bearing the burden of its own chaotic existence and blindness. Finally, an act of rebellion and courage, an awakened consciousness that could lead to a new birth and refound harmony in the fluid cycle of Nature where every gesture and sound acquires a metaphysical value. Will we be able to transform the rought material into Gold?

« Each of us, believe me, is just what he chooses to be »