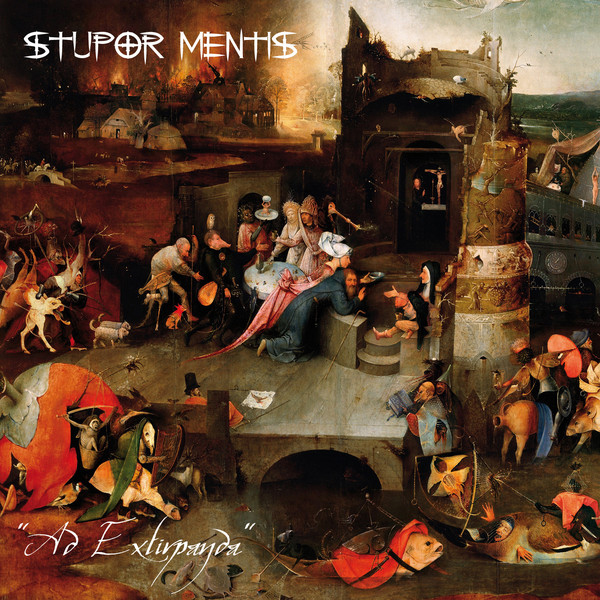 Stupor Mentis is a Dark-Ambiant/Neo-classical duet formed in 2015. The general atmosphere of their music, foggy and oppressive sometimes turn into lyrical musing, escorting you to the edge of the "Stupor Mentis". This latin term refers to this special mental "no-being" state characterised by a complete suspension of intelectual activities ; then, transported out of yourself.

" Ad extirpanda" is the first real album of Stupor Mentis, following two dematerialised auto productions : "In memoriam" (2016) and " Apostat" (2017). All the tracks from "Apostat" and some from "In memoriam" re-masterised, re-arranged with new versions are now avalable in this digipack. The vocals alternate between french, english, spanish and latin ; quoting poems of Charles Baudelaire, Emile Cioran and Rafael Alberti. The whole on atmospheric and symphonic instrumentation."